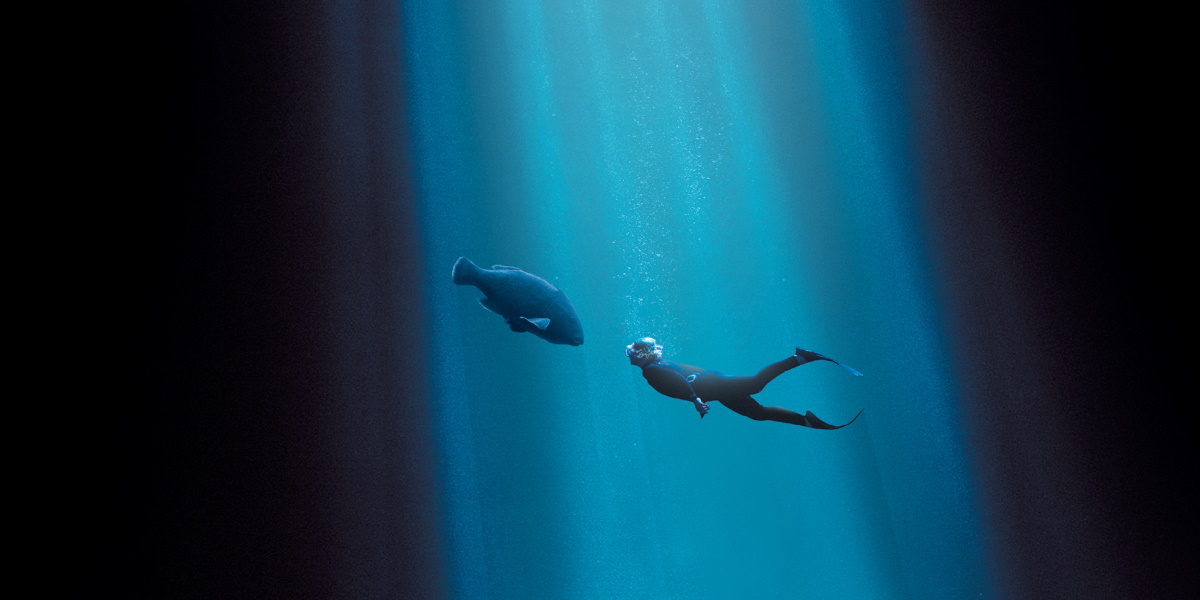 Adapted from the critically acclaimed novella by Tim Winton, BLUEBACK is a heart-warming tale of

family, friendship, and the power of one person to make a difference.

coral reefs, she’s called back home with the news that her mother has fallen ill. Abby begins

reflecting on her childhood and the powerful influence her mother, Dora, had on her worldview.

Through flashbacks, we meet teenage Abby, who is taking an increasing interest in protecting the

bay where they live, driven by a bond she has formed with the wild blue groper who resides there.

Set alongside the pristine blue waters of Australia’s west coast, BLUEBACK will delight and inspire

the whole family, from all the wonders that exist just below the ocean’s surface to the power of

relationships and the lifelong legacies they create.